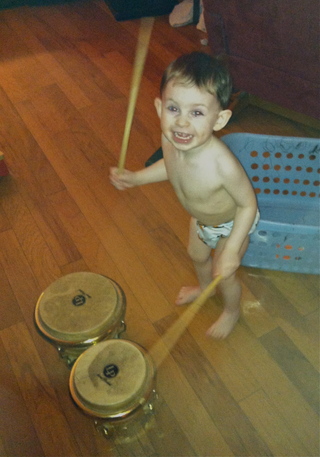 The joy of drumming
I've played drums my entire life, and began playing professionally when I was 13. It's been more than a decade since I retired from playing out with bands, though now and again I sit in.

Now it's Finn's turn. He really is that fast with the sticks to create that blur. No matter if he joins the ranks of Buddy Rich (the best ever), Ringo Star (who is underrated) Uriel Jones (probably my biggest influence) and the rest of the greats (Bonham, Elvin Jones, Gene Krupa, Tony Williams, so many others), I don't care. As long as he keeps that joy of drumming as evidenced on his face in this photo.  Read More