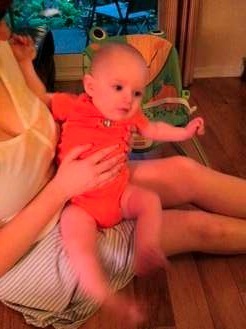 Finn Scott is very active. He likes to bounce, among a lot of other things. (His first drum isn't too far in the future.)
Fitzgerald wrote that "action is character." He meant that what we do speaks louder than what we say... "actions speak louder than words," or so we all heard in school, on the playground, wherever.

When you write a play, screenplay, novel, short story, your characters need to do things. Even if that thing is talking, or sitting, or staring into space, it's still an action of some sort. When you think about a movie, you remember some lines, but you likely recall the action most of all. You think about Butch and Sundance jumping into the river. You think about the little boy running on the beach in Truffaut's THE 400 BLOWS. You think about the look on Jimmy Stewart's (George Bailey's) face when he realizes his family and life are in jeopardy in IT'S A WONDERFUL LIFE. They all reveal character.

In fiction, too, characters need to be part of movement, of moving through time and space. Language does that, too, but not in a vacuum.  Read More

(My) Father and Son 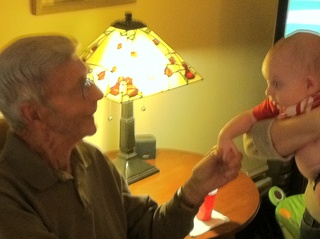 (L to R) Mel and Finn Lax
As my first Father's Day as a father approaches, I'm filled with love and gratitude for my new son. But also for my own father, whom we call Boompa. Here they are, at 88 years and five months in the world. They had an instant affinity and affection for each other. Finn smiled the moment he met Dad about two weeks ago. They both have the same gentle, warm way about them. Read More

What is a Brother? 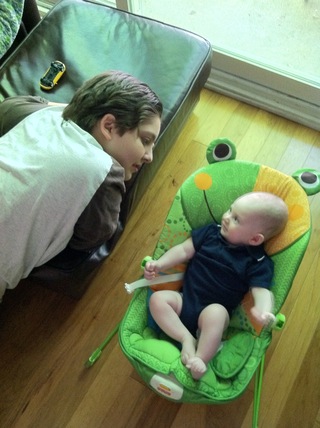 A brother is a friend given by Nature. ~Jean Baptiste Legouve

Friday in the Park with Finn

Tags: walking, the park, Sondheim, Lapine, Sunday in the Park with George 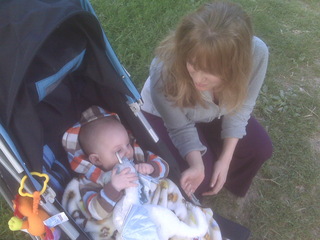 Lydia and Finn enjoying a lovely spring evening
With apologies to the great songwriter, Stephen Sondheim (book by James Lapine), here is Friday in the Park with Finn and Lydia.

We're enjoying this (rare) beautiful weather in Northeast Ohio. Finn loves his strolls, and watching the children play in the park.

They are my two inspirations.