Congratulations to the Green Bay Packers 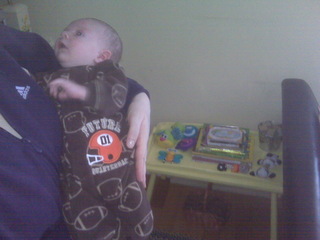 Finn wore the first outfit I ever bought for him, way back in the summertime, long before he was born. For my readers in other countries: brown and orange are the Cleveland Browns colors. His little outfit says, "Future Quarterback." As a protective father, I'll be happy if he plays touch or flag football. As for the Browns, I hope they reach the Super Bowl before Finn is my age. I was 12 when they won their last championship...in 1964. I was there, at Cleveland Stadium, with my dad. Read More