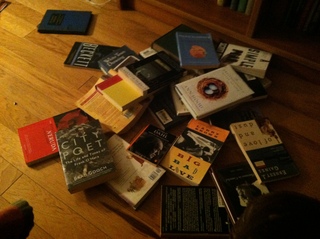 Ted Kennedy and His Legacy, Literary and Otherwise: May He Rest in Peace

Tags: Edward M. Kennedy death, Ted Kennedy, Ron Powers, health care, legacy, rest in peace
I met Senator Edward M. Kennedy, who passed away today, on a few occasions, mostly at the home of his sister-in-law, Ethel Kennedy, widow of Ted's late brother, Robert F. Kennedy. The senator was larger than life, with a big, booming voice, a welcoming smile, and whatever tragedy he carried inside him -and he had had more than his share - he seemed to have put into compartments in his soul. I sensed that he had faith that he would be reunited with his loved ones: his brothers and sisters, among others, who went before him. He was a close friend of a close friend of mine, and though I didn't know Ted well, I was then, and remain now, in awe of his political skills and accomplishments. He cared about regular people - people without privilege, and the means that he had; people without inherent power, and those who just plain fell on hard times. He fought for human rights in many ways throughout his career, building bridges with Democratic and Republican senators, and moved his causes forward, inch by inch at times, and, sometimes, with bold action.

My friend Ron Powers (he was not the friend of Ted Kennedy's I mentioned) helped the Senator write his memoir, which will be out September 14. That pairing was fitting: Ron is one of the most brilliant nonfiction writers of our time.

I can't wait to read this book. I hope it helps people understand the man, and realize that Senator Kennedy's ambitions -- universal health care being at the top of the list -- were noble, even if the senator himself had his flaws and troubles, which were both freighted upon him and self-inflicted, which he acknowledged.